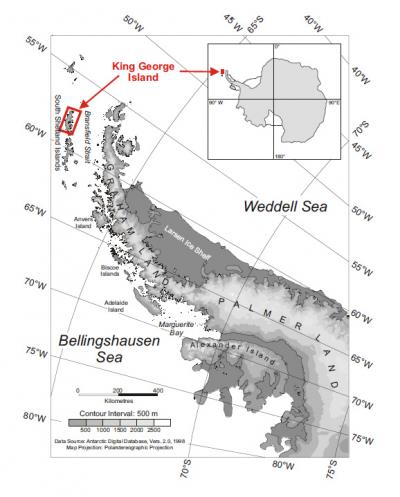 King George Island (KGI) is the largest island of the South Shetland Islands. It is located at the northern tip of the Western Antarctic Peninsula at 62°23′S, 58°27′W﻿, about 120 kilometres off the coast of the antarctic continent in the Southern Ocean. The island is about 95 km long and up tp 25 km wide, the highest point is Rose Peak with 655 m above sea level. Various big and small bays characterize its appearance. The three major bays in the southeastern part are King George Bay, Admirality Bay and Maxwell Bay. About 90 % of the island's surface are covered by glaciers. 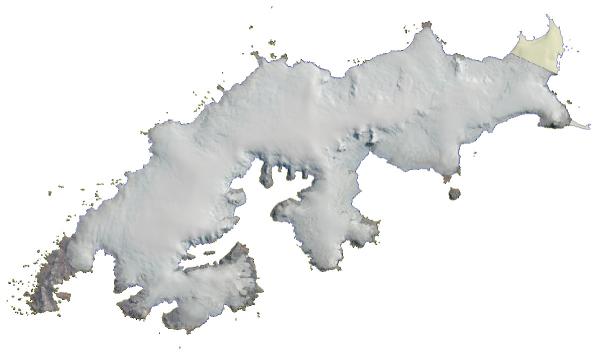 Check the sea ice cover and weather conditions at Potter Cove, Jubany in 2011 with the Jubany web cam.